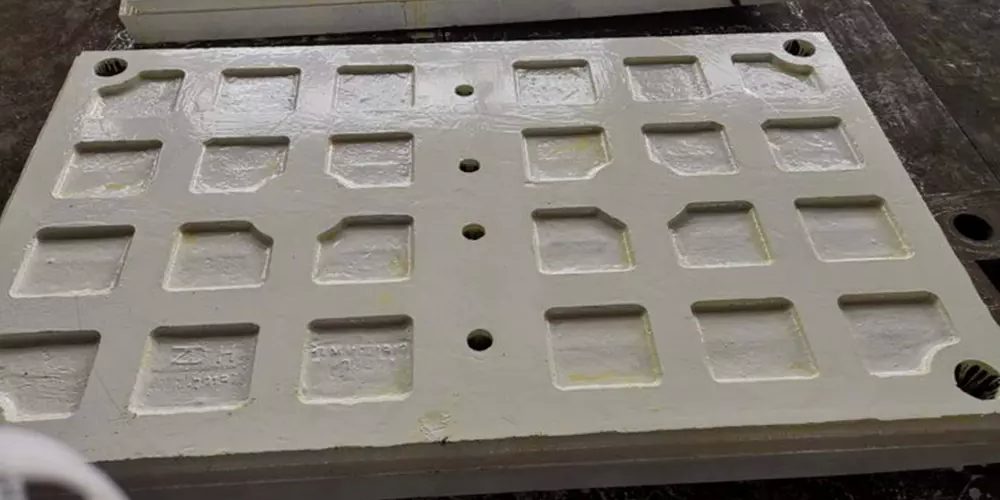 Crusher jaw plates are the main jaw crusher parts. The jaw plate is in direct contact with the material during work, so it needs to replace regularly. Cruser jaw plates are made by high manganese steel. We had tested with our customer, who use the PE-250*400  jaw crushers and need 39 sets in one month. The crushed material is bluestone, its compressive strength 274.4-294MPa. The test results are:

Based on the test result, the wear out is obvious. Many customers use jaw crusher to crush stone or other material. So we need analysis the crusher jaw plate abrasion reasons and improve its working life.